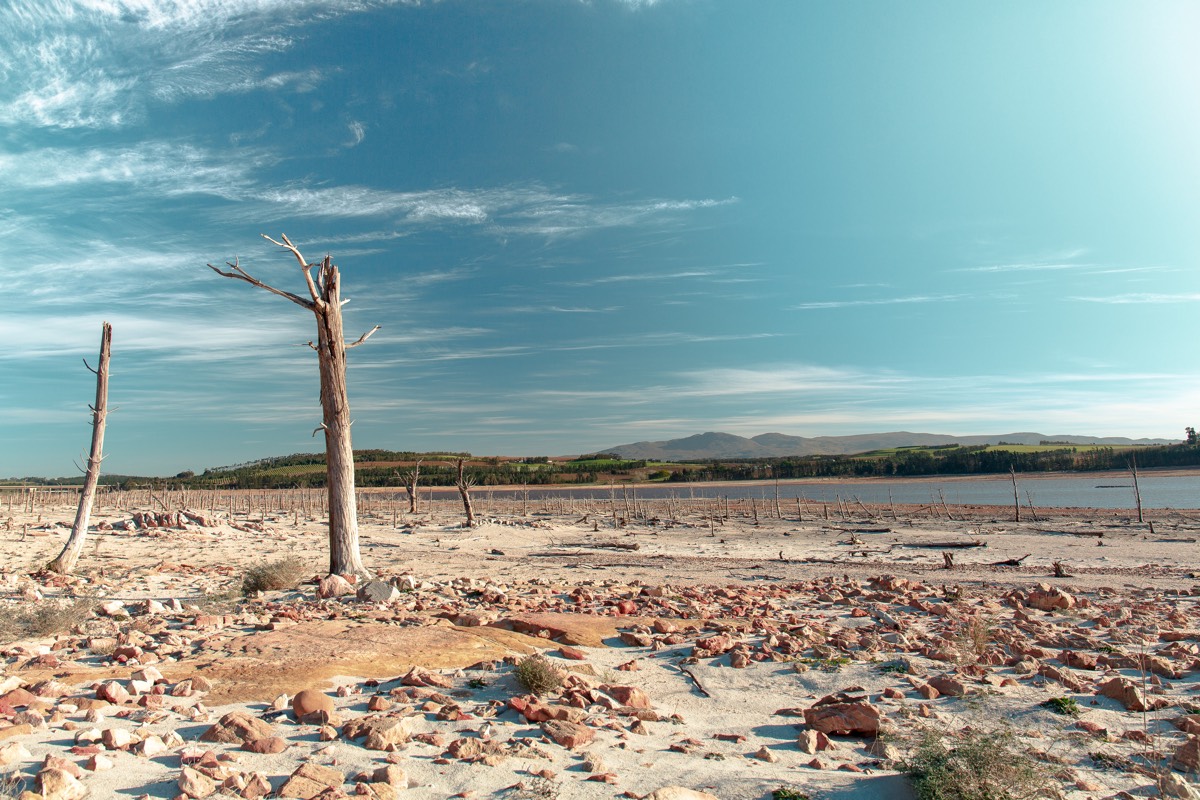 For South Africa, the effects of climate change are already devastating. This report collates scientific projections of how climate impacts will play out up to 2050 and 2100, on low, medium and high emissions pathways.

The science shows that South Africa will face worsening impacts if it remains on a high-emissions pathway. Between 1990 and 2015, climate change caused almost half of all heat-related deaths in the country. By 2100, heat-related deaths will climb 25 times higher than in 1990. Longer heatwaves will push South Africa’s agriculture sector to the edge, burning up R 2 billion in growth. By 2050, hundreds of thousands more people will be exposed to floods, costing the economy R 14 billion.

The faster South Africa adopts low-carbon policies, the less the climate impacts cascade and the more manageable they become. Limiting temperature rise to 2°C will see the cost of climate impacts in South Africa drop from 5.03% of its GDP in 2050 under a high emissions scenario to 3.33%.

How have sea temperatures changed in the oceans surrounding South Africa, and what do future climate trends mean for the vital ecosystems and livelihoods supported by South Africa’s oceans? This section shows how surface sea temperatures in South Africa could increase by 1.3°C by 2050 in a high carbon scenario, triggering a sharp rise in ocean acidification and reducing fish catch potential by as much as 11.2%.

Clean water is the foundation of all life. This section shows the increasing impacts from climate change threaten our access to water in South Africa. Longer droughts, rising sea levels and more extreme weather will increase in the coming decades, choking off our most precious resource. In turn, that impacts agriculture, fisheries, infrastructure and tourism – causing massive economic costs. Only a low-carbon pathway can limit the damage.

Forests are key to clean healthy air – supporting thriving ecosystems and economies. This section shows the past, present and future impacts of climate change on forests in South Africa. If carbon levels remain high, huge losses in forest land will grow, damaging South Africa’s agriculture, forestry and tourism industries. With urgent action, a low-carbon pathway will protect our forests from the worst impacts.

Cities in South Africa face many threats from climate change. Unless we take urgent action, increasing extreme weather will batter urban communities across the country – damaging crucial infrastructure and causing massive economic losses. Increasing heatwaves and worsening air quality will harm urban residents’ health and even cost many their lives.

The health of our planet is essential to the health of people in South Africa. Without urgent action, climate change will drive longer heatwaves, rising sea levels and deadly storms, harming South Africa’s economy. Higher poverty means worse health impacts. But on a low-carbon pathway, South Africa can improve health outcomes and save lives.

Rising temperatures and more severe heatwaves will affect South Africa’s energy system and change the profile of its energy demand.

Heatwaves, droughts, fires, floods and brutal storms. South Africa faces multiple threats from climate change. Across sectors – agriculture, fisheries, infrastructure, tourism and more – the costs to the economy could be massive. Without urgent action, South Africa stands to lose 5.03% of its GDP by 2050. That rises to 13.5% by 2100. By investing in a low-carbon economy now, South Africa can limit those losses to 3.33% by 2050.

This section explores South Africa’s historic and current emissions as compared with global emissions, and the targets and commitments it has put in place. South Africa is the 15th biggest emitter among the G20 countries. Urgent political action is necessary in South Africa to secure a low carbon future.

Supported by European Climate Foundation
With the contribution of Enel Foundation